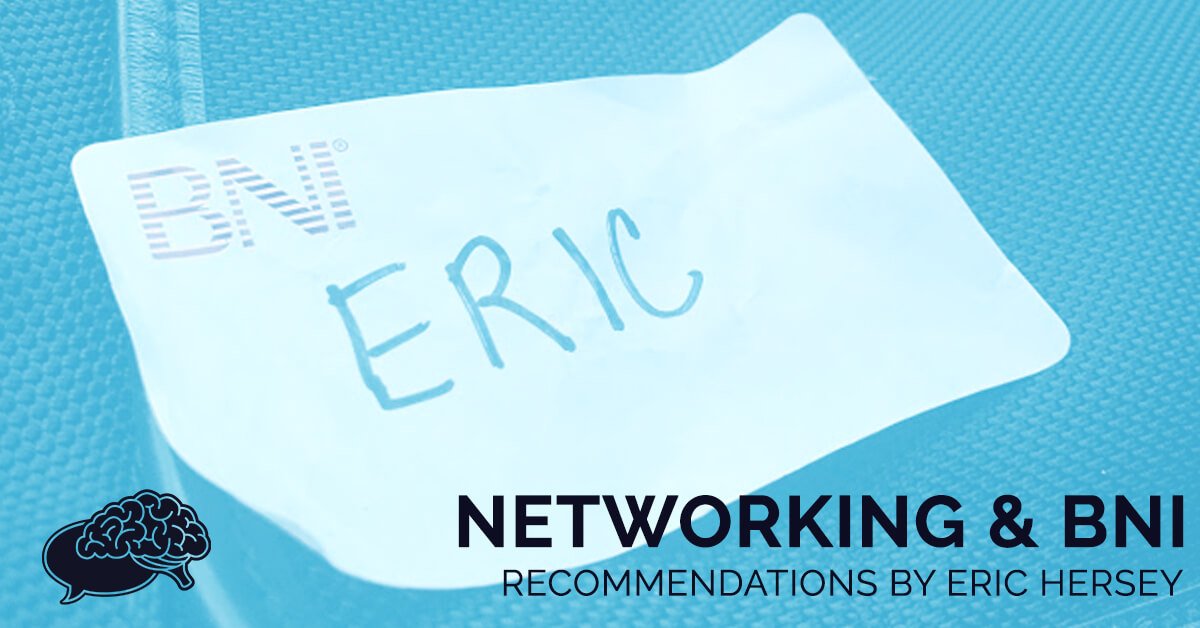 Every Thursday morning my wife would wake up at the crack of dawn and head out early. She wasn’t heading to work for an early meeting. She was part of Wheeling’s local BNI Chapter (Business Networking International). I would cup my hands and mumble “BNI” as if it was a monk chant. She would roll her eyes and exit.

I thought she joined brainwashing cult.

Here I sit two-years later, prepping for a Thursday meeting with the President BNI Chapter name-tag on my chest.

BNI is the most successful referral organization in the world. There are currently almost 10,000 Chapters and more than 270,000 Members in 72 countries globally.

I’ve said that exact phrase for several months now. This is one of the slides I use as the Wheeling, West Virginia BNI Chapter President.

BNI is a local networking group filled with successful business owners, entrepreneurs, motivated employees, and driven sales-people. They meet weekly and follow and organized structure to help give referrals and help each others businesses grow.

Having a system or process creates success for the members and local chapters. Members know exactly what to do and what to expect. This creates predictable experiences and results. This exactly what most of us want. We show up, we do what were supposed to do, and we see results.

Not to bury the lead, but BNI is built on the foundation of “Givers Gain”.

This doesn’t seem too far off from The Golden Rule or The Law of Reciprocity. I can get behind that.

The reason I called BNI a cult was because of my first experience. I was asked to be a substitute for my friend Wayne (Em-Media). He asked if I could go to West Virginia Northern Community College and there would be a room labeled for BNI. I had zero idea what BNI was and what to expect. I didn’t ask many questions. I pretty much will help Wayne out with anything he asks. It must be that Givers Gain mentatlity. Wayne has done a lot for me in the past. If he wants me to go to a random meeting, why not?

It was awkward to say the least. I sat at the table with a bunch of strangers. They went around the room introducing themselves, their business, and their weekly activity. The president recited from a book. It was a bit sterile.

I finished the meeting and thought “what was that all about?”.

Weeks later, Lauren was asked to join for her company. She came back saying that it was a great experience and she was excited.

Did she go to the same meeting as I did?

The Second Meeting – The Right Way

Wayne asked me again if I could come to a meeting. This time, he wanted me to give a 10-minute presentation on SEO (on his behalf). At least this meeting I served a purpose.

I showed in downtown Wheeling at WVNCC with a flash-drive in hand. This time, Lauren and Wayne were both there at the door greeting me. They introduced me to several members around the room. Some of the faces were familiar and turns out there were some ex-coworkers from former employers.

This time, the meeting was a little less sterile. The members were joking back and forth and seemed to enjoy themselves. The president had the book, but it was far less formal. They went around the room and I was prepared to speak for 60-seconds. I talked a bit about me and what I do. I gave my 10-minute presentation. Some seem engaged and others, well, SEO went a bit over their heads.

I left the meeting with a different perspective. I wasn’t sold on BNI, but it wasn’t the same as my first experience.

People Find You Online and Referrals are Overrated

You can probably imagine that an SEO and web designer thinks that the most valuable customers come from search. This is the discussion I always got into with Lauren. She would go to meetings each week and I would mock her and say that the real leads are coming to your website.

I was always shocked by how some inferior salespeople (in all lines of business) could land these mega-deals. There were employees at the mobile phone store that couldn’t even work a computer and they would have business owners coming in buying hundreds of phones. Here I was, the hustler, having to hammer out customer after customer to hit that same number.

Why didn’t these business owners come to me? The guy that knew more about the phones, could process faster, and give a better experience.

The salesperson was in their Network.

It was no secret. These business owners knew the salesperson for years. They trust the salesperson. They probably like the salesperson – enough to talk to them once a year. It wasn’t just about skill, it was the human element of sales and communication.

Just because my website was fancier or my product was better, I won’t convert every customer that comes to my site. I can win the #1 search terms for Web Designer Near Me or Web Design Companies in Wheeling and still not land the jobs.

People ask friends. Companies use companies they know. Owners support friends and people they like.

And that’s exactly why I joined BNI.

Lauren hammered me for months saying that BNI was the right step for my newly “official” business. I launched Eric Hersey Web Design and Development, LLC in February 2019 (with the advice from her BNI accounting friend). I joined BNI in November 2019. During the nine months of “thinking”, I saw leads coming my way just from Lauren being associated with the group. Imagine if I put myself out there?

For a small business (with a thrifty owner), the admission fee was nothing to take lightly. At first, I asked myself could I make my money back? The answer was yes. I would need one or two solid leads for the year. Truthfully, I made my money back before I started by association with the group. The cost was around $600 for the year. I waste $50 a month on coffee.

You are asked to be present at the weekly meeting. Our is on Thursday from 7:30am to 9:00am. You can miss three-times a quarter. I can make that happen. It’s early enough to not disrupt any other part of my day. Getting a babysitter once a week wouldn’t be a huge hassle.

BNI also recommends having weekly meeting with members (called 1-2-1’s). These can be phone calls, Zoom, or face-to-face meetings. Let’s say it takes an hour per meeting, that’s not too much to ask.

Depending on the size of the group, you give one to two 10-minute presentations a year. That’s not too hard to produce.

You get 60-seconds to speak each week. I can prepare a statement or “wing-it” for a minute.

You track your referrals, trainings, member purchases, and meetings in an app. “Tracking Activity” is my middle name.

Promote and give referrals to the group. This might be hard (just because of my limited communication with people), but I can certainly give it a go.

Wow. Within weeks of joining, I made over 20 new friends with huge connections. It might be my industry and so few know about digital marketing (but they all need to utilize it) or it could be my openness to participate in the system. I was lucky to have Lauren prep me and answer all of my BNI related questions. Even though there are a ton of acronyms and systems in place, having a mentor to ask makes it simple and easy.

We went months with in-person meetings. I had my first “real” 10-minute presentation and landed some great referrals. I can attribute to more than 50% of my reoccurring revenue from clients and connections I made from the Wheeling BNI group.

Even better than the referrals are the friends and members that I now have part of my “network”. When I’m at a client meeting and they ask if I know someone, I typically can say yes. This makes me look like a superstar with a huge Rolodex. If I run into a problem (let’s say plumbing), I know have a great system to ask for a referral.

From Naysayer to President

It’s been over a calendar year and I am fully engrained in the system. I took on the Mentor Coordinator within the first six months. This role helps new members understand and have someone show them the process. This is perfect for me – it’s exactly what I do for digital marketing.

After my wife stepped down as active president, I took on the responsibility (she nudged me a bit). Even though it’s been a unique time (with COVID), I am happy to bring a different energy to the weekly meetings and presentations.

I’ve continued to see huge success from being a member. After having 1-2-1 meetings with nearly everyone in the group (multiple times), I also find myself being able to give referrals – the one thing that I though I would struggle with.

I learned that BNI is not a cult. It’s not a pyramid scheme or MLM business. You can call it a networking group or a referral organization. I truthfully look at it as a salesforce of the best, most driven individuals in the Ohio Valley.

Being a member of BNI has given me access to grow – without spending a tremendous amount of money or time.

What Does BNI Have to Do With Time Management?

Since we are focusing on Time Management this month, I can see why you think a sales pitch for BNI seems odd. It’s probably not the first thing you think of when managing time.

But I made mention in the final sentence, a few paragraphs above.

BNI has given me a salesforce.

Our chapter has over 25 members. Every week I inform these members of my perfect referral. Over time, they find connections to these business owners or clients that can use my help.

I don’t pay them a dime (in real money).

I send them referrals, but that’s never a question on my Tax Forms.

Imagine the money and time I am saving by just showing up to a meeting once a week. What would it cost to hire 25 salespeople? Even if that is a bit unrealistic, you can’t buy someones reputation. When one of these owners recommends me, I’m as good as gold.

The Podcast: The Official BNI Podcast

The founder of BNI is Ivan Misner. He puts out a weekly podcast, focusing on all aspects of BNI. I’ve made my way through his back catalog – about 200+ episodes. The episodes are short (less than 15-minutes). Enjoy. 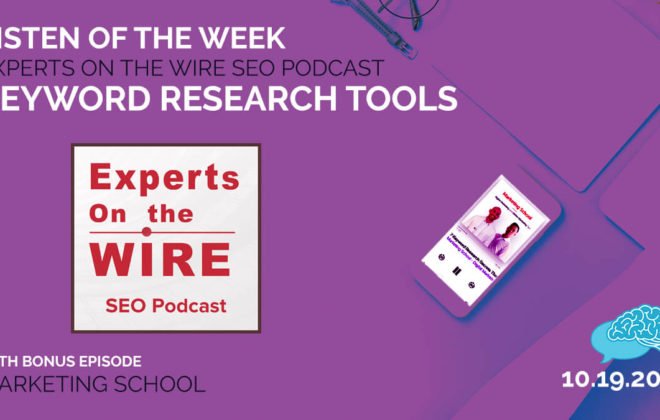 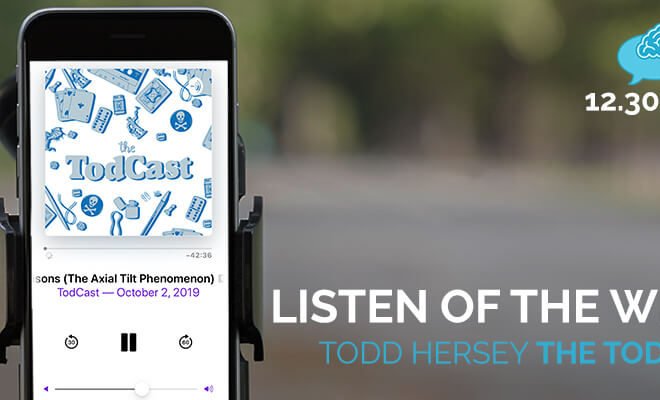 Listen of the Week: TodCast 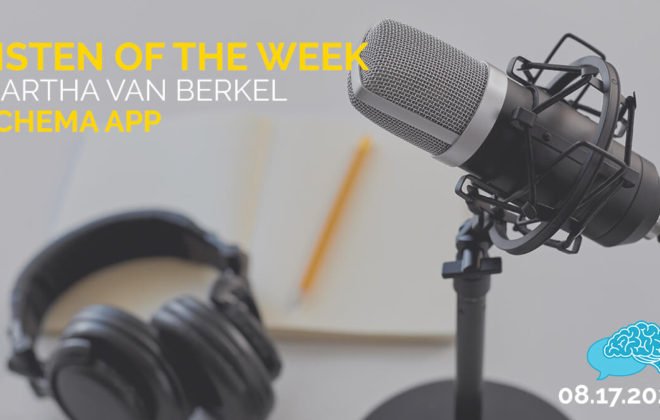