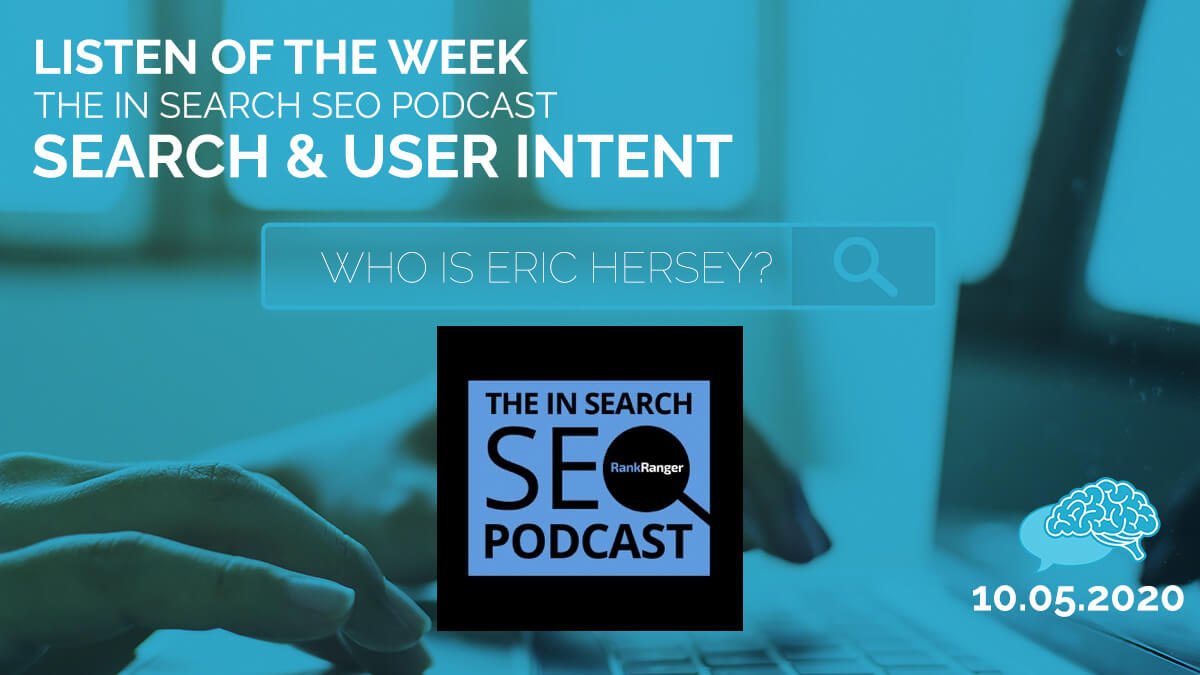 Search and User Intent – “Who is Eric Hersey?”

It’s a sick game that only an SEO plays.

As I sit in the chair with the phone in hand, I open Safari and head to Google.com. My family is watching a movie that I’ve seen a million times. In the past, I would have opened up Candy Crush or Disney Emoji Blitz. These little games are great to play when you are watching television. With my wife’s insistence on watching Bravo and “Housewives” each night, I’ve leveled up quite a bit.

But these games were getting boring. Instead, I start searching around the web for keywords I want to own.

I’ve probably published over 300 personal blogs (individual articles or pages) over the last few years. Many of these blogs were for fun or a hobby. Several were with the direct intent of gaining clicks and leads. Either way, I love seeing where I end up ranking.

The favorite for anyone – where do I rank for my own name.

Yes – there are several of us out there. You would think that since I’m a web designer and have been making websites since 1999, I would have my own name locked down. Well – that’s not always the case.

Of course – the paragraph above is my attempt at owning a featured snippet. It’s also a pretty cheap attempt at ranking for several local cities. Either way, I’m the most important Eric Hersey you will ever search.

In the last year, Eric Hersey (police officer) has become a prominent force on the first page of Eric Hersey Google. I’ve battled back and forth with him – mostly because he has a profile page on the University of Illinois website. With a Domain Score of 55, I have to prove to the Search Engine Gods that my site (dedicated to Eric Hersey) is better than his one profile page.

Let’s just say I won that battle – but the war will never be over.

Eric Hersey is likely more athletic than me. No – I guarantee he is more athletic than me. Eric Hersey was a hurdler for the Oregon Ducks in the early 2010s. I ran hurdles in 6th grade at Elm School in Martins Ferry – but didn’t quite get the call from college. Once again, we are dealing with a Domain Authority score from Oregon’s website of a 37. Even more difficult, he has tons of athletic pictures scattered throughout the internet. Most of the time when you Google Image Eric Hersey, you will see him in his green and yellow.

Eric Hersey shows up in the news often – but not in search. Just recently I started getting race results from Eric Hersey and Riverhead Raceway. This appears to be in New York. About once or twice a month our daredevil Eric races and gets his name in the paper. Google Alerts shoots me a message – because of course, I have my name tracked. Good news for me – I don’t see a biography of the man on any website. Without that, he will have a hard time passing me up.

Here is a sleeper candidate. There is indeed another Eric Hersey just a few miles away. I first learned about him in 2nd grade when my dentist mixed up our records. This Eric Hersey is no relation, but I often run into Ohio Valley folk that mistake me for him. Just recently a gentleman contacted me on Google My Business thinking I was that Eric Hersey.

I don’t believe Bridgeport Eric Hersey has much of an online presence.

Owning my Brand SERP (search engine results page) has been difficult. You would think I would own the Twitter result since my handle is @erichersey. Nope. The top-ranked Eric Hersey for Twitter is @erhersey. The sad thing is, he isn’t more active and doesn’t have more followers. But Google just likes his Twitter account more than they like mine.

Maybe because he actually has a face and I just have my famous “Eric No Face” graphic.

This is one Eric Hersey I’m a bit jealous of. Eric Hersey is a production designer and worked on the short Gambit. He doesn’t have a very long resume on IMDb, but it’s better than mine.

Do you think student films made in high school or dumb YouTube videos for friends could get me a listing? Didn’t think so.

Eric Hersey – Best of the Rest

There are more out there. I’ve come across financial advisors, attorneys, and even politicians. They all have great names and usually seem like good overall human beings. They sometimes show up in search – but are going to have a hard time beating the police officer, the hurdler, and the racecar driver.

Also – beating The Real Eric Hersey will be tough.

Who in-fact is the Real Eric Hersey? Who determines this? Google? You?

Maybe we should go back to the game I play while the family watches television.

I type in “Who is Eric Hersey”.

I’m not happy with these results. Police Officer Eric Hersey has the Featured Snippet.

Let’s try Bing (I know, I know…don’t worry about what I said earlier).

Darn it. Bing, No one likes you anyway.

Not entirely sure what you are doing with John Hersey Knowledge Panel… I do like your images though.

What do you know? My Twitter is #1. That’s pretty cool – but not sure if that’s our best intel.

Baidu, the most popular search engine in China? Thoughts?

Okay – that was not very helpful at all.

We tried several of our well-known browsers and we had some similarities and some differences. Should we name Police Officer the Real Eric Hersey? But then again – maybe we should swing around and actually focus on the topic of this week’s recommendation – the intent of the user and the results of the SERP.

Notice we were typing “Who is Eric Hersey?”. In fact, we actually know who Eric Hersey is and we could just search his (my) name.

That makes a difference. Google likes me more. Bing likes my business. DuckDuckGo – well they want to show my high school films.

Pretty crazy how taking out “who is” will change the results.

Wonder what happens if we look for “The Best Eric Hersey”.

As you can tell, our search engine buddies are trying to figure out what we want as results.

Lots of different pages being served. Why, you ask? Let’s chat.

These search engines are going to show you different results and even different types (links, images, videos, etc…) of results based on your keywords. Search engines know that users are looking and searching with the intent to:

If someone just typed Eric Hersey, Google thinks they are trying to navigate to EricHersey.com (likely).

When someone types Who is Eric Hersey, Google thinks they are talking about the Police Officer – the older guy referenced on the high domain authority site.

And lastly, when someone types Hire Eric Hersey, they understand that someone wants to pay for Eric’s services – and this matches with the web designer (not the hurdler, racecar driver, or police officer).

Who Really is the Real Eric Hersey?

Just a few more searches for the road.

What? I’m out nerded! This can’t be. I am the nerdiest Eric Hersey!

I better get to work. 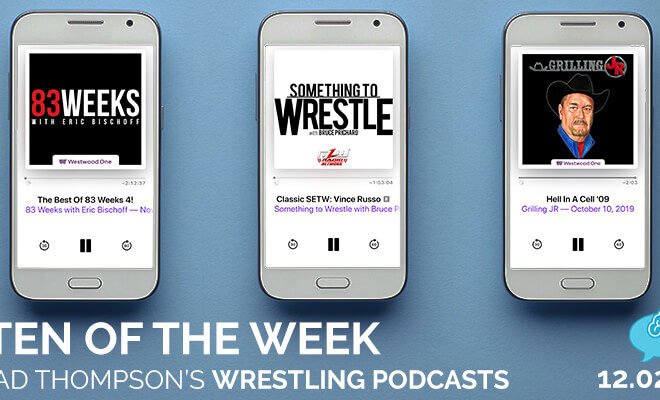 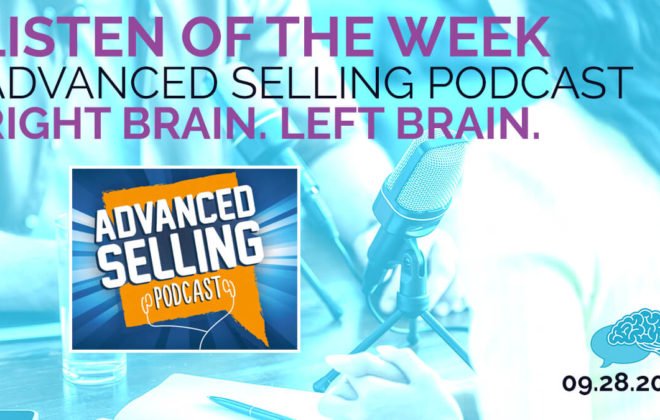 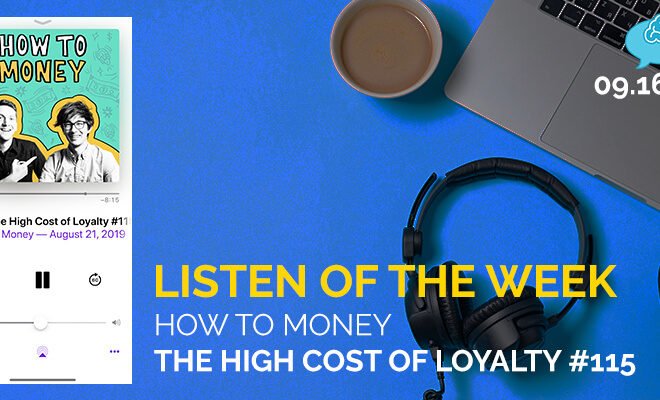 Listen of the Week: Customer Loyalty